Actress Rani Mukerji, who is seen as a police officer who bashes up men in her latest outing “Mardaani”, says the film’s aim is to spread awareness about human trafficking and not to demonize any particular gender. 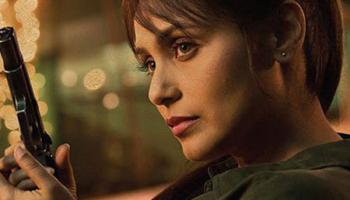 She said that through the Yash Raj Films’ latest project, she wants to send out a message on the subject that’s close to her heart.

“Trafficking is something that we know is happening around us. But we can only sympathise. It was important to do a film which is relevant. It gives strength to people and inspires them,” she told reporters here.

The film has made an impact on a lot of people including men, she said.

“Men have cried watching the film. It’s not about men bashing. It’s not a crusade against men. It’s about going against those who have turned into animals. I know a lot of men who support the cause,” she added.

Rani is confident the film will have a wider reach.

“If women cops come in the picture, they will fight for the cause stronger. All seats reserved for women cops should be filled,” said Rani.