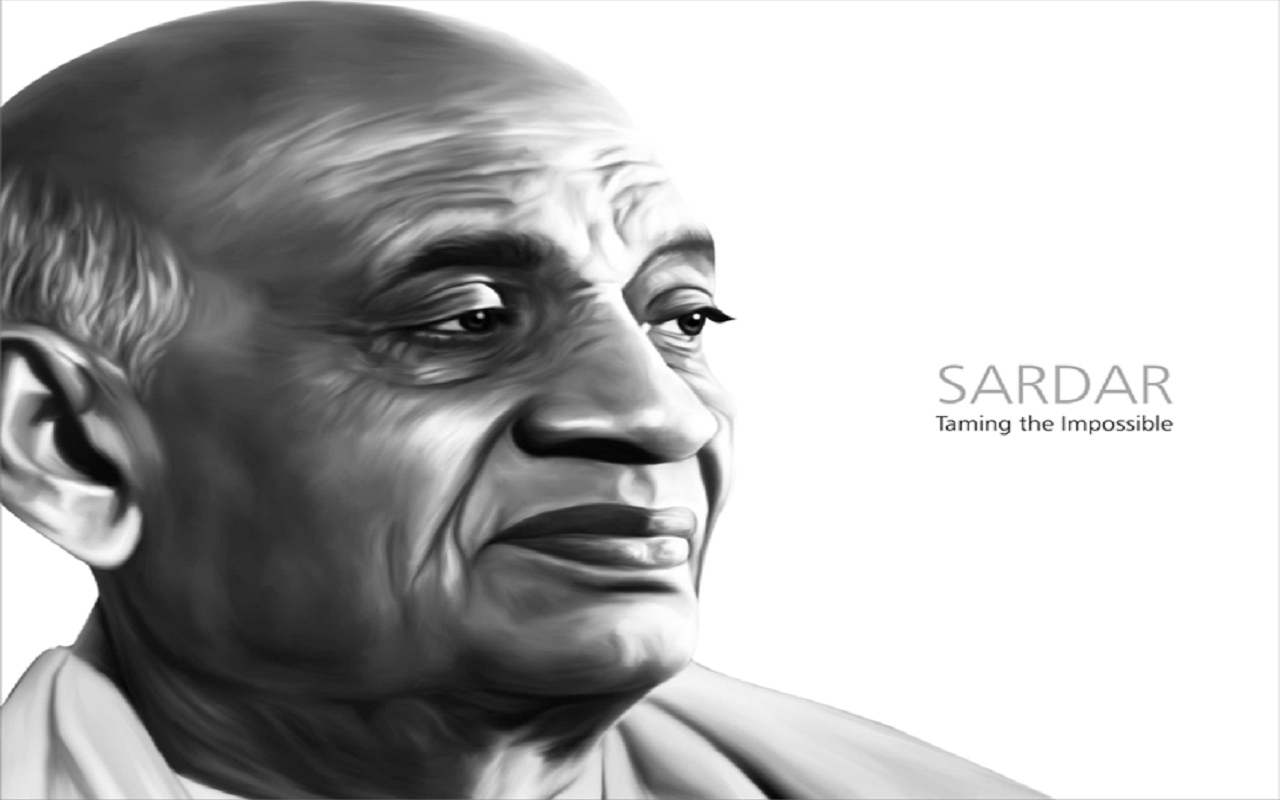 Vallabhbhai Jhaverbhai Patel, one of the founder of the Republic of India, popularly known as Iron Man of India. He played a very crucial role in making India an independent nation from British Raj. He was the first Deputy Prime Minister and Home Minister of India. Vallabhbhai Patel was one of the great social leaders of India who had integrated over 500 princely states into the Indian Union.

Sardar Vallabhbhai Patel was born in a Gujarati family in the village of Karamsad. He was the fourth of the six children of his father, Jhaverbhai. He had three elder brothers, and a younger brother and sister. His father had served in the army of the Queen of Jhansi.

Vallabhbhai started his education in a Gujarati medium school and then he switched over to English medium in the Nadiad High School. In 1897, he completed his matriculation.

In 1910, Sardar Vallabhbhai Patel went to England to study law. He came back to India after completing his law studies in 1913 and started his law practice.

As he was an excellent learner of law, he was offered many lucrative posts by the British Government but he rejected all. The reason was simple which does not require any words to explain.

He started his practice of law at Ahmedabad. In a meeting with Mahatma Gandhi at the Gujarat Club, Sardar Vallabhbhai Patel got in influence of Gandhi’s sayings. He got inspired by Gandhi’s work and philosophy and soon became a strong follower of him.

Following the path of Mahatma Gandhi, he also decided to discard his foreign clothes and follow the rules of Satyagraha as laid down by Gandhiji.

AS A POLITICIAN AND PARTICIPANT IN INDIAN NATIONAL MOVEMENT

In 1928, the farmers of Bardoli faced a similar problem of “tax-hike”. The agitation took on for more than six months and after a deal struck between the government and farmer’s representatives, the lands were returned.

For participating in the famous Salt Satyagraha called by Mahatma Gandhi, Sardar Vallabhbhai Patel was imprisoned in 1930. His inspiring speeches during the “Salt Movement” transformed the lives of numerous people, who later played a major role in making the movement successful.

In 1931, Patel was elected as the President of Indian National Congress Party for its Karachi session.

In 1934, Sardar Vallabhbhai Patel led the all-India election campaign for the Indian National Congress. Though he did not contest a seat for himself, Sardar Patel helped his fellow party mates during the election.

During the election for the Congress presidency in 1946, Sardar Patel was proposed by thirteen of the sixteen states for the post. This election was crucial for everyone as the elected President of the congress party would be later considered as the first Prime Minister of independent India. Just a few days, before the all important election, Mahatma Gandhi request Sardar Patel to leave the candidacy and support Jawaharlal Nehru. Sardar Patel, without pondering twice, stepped down.

At the time of independence, Indian territory was divided into three parts. First, the territories under the direct control of the British government, second were the territories over which the hereditary rulers had suzerainty. The regions, which had been colonized by France and Portugal, formed the last.  India could not be considered as a unified and total country without the integration of these different territories under one roof. The British government had allowed the province rulers to choose how they wanted to be ruled. They were given two choices. They could join either of India and Pakistan or stay independently. This had made the task much difficult for India. At this point many leaders of the congress approached the rulers but they failed to convince. At last, they all requested Vallabhbhai Patel to think some other options to bring the princely rulers under Indian control. Sardar Patel eventually dealt with the tough-situation and came out successfully. He had made secured their accession. The India we see today was a result of the efforts put in by Sardar Vallabhbhai Patel.

Sardar Vallabhbhai Patel’s health declined in 1950. On 2 November the condition got worse and he was confined to bed. After suffering a massive heart attack, on 15 December 1950, he left the world.