“My son is an engineer, he should get at least 10 lacs in wedding.” 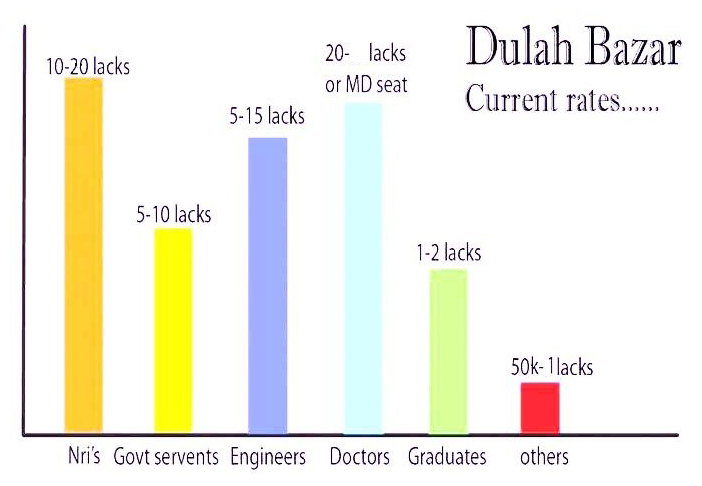 This is all our modern thinking which is giving a wild shape to old custom Dowry.

Dowry System – An old custom where bride’s family pays off an endless series of gifts and cash to the bridegroom’s family in the wedding.

It is an old system derived from ancient rituals ‘Kanyadan’ and ‘stridhan’. In ‘Kanyadan’, bride’s father presents a gift to bridegroom’s father and in ‘stridhan’ bride’s family present jewelry, clothes and many other gifts to bride. But this was used to done with affection and was not a compulsion.

But now, it has taken a wild form in our society. To fulfil their greed, people have started calling dowry as their prestige and status value.

Dowry System is still prevailing in India and we are so habitual of it that we do not protest it. Have we ever given a thought what are the mental and physical effects of this custom? Let’s brief some of them.

This is not the old case or is followed in rural areas; this is the picture of our modern society and practiced in urban areas where very educated people live.

You must have heard about the cases where a woman is burnt or killed on demand of dowry.

A woman dies every hour in India due to irresistible demands of dowry system. Most of the victims die in a very painful way. Some of the recent Dowry Death Cases are listed below.

A 35-year old woman was found dead at her home in South Delhi on July 2014.Her family alleged that she was killed for a dowry. 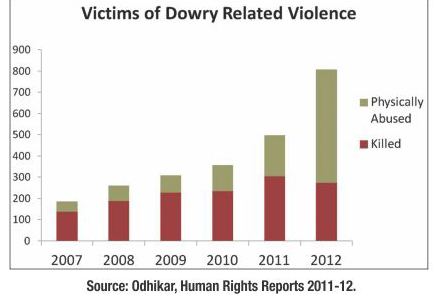 Have we ever given a thought about a girl who gets married to a boy and joins a new unknown family leaving behind her parents, siblings and relatives. She comes with a belief of getting the same affection and love and the same relations at her groom’s house. But in place of love, what she gets mental and physical torture on the cost of dowry????

How much a woman has to suffer and why only women has to tolerate all such bad customs?

There is only one person who can change these old and bad customs: A WOMAN.

Yes, we have to raise our voice against these customs.

“Where there is a dowry, there is no marriage.”

Old gifts have taken the shape of dowry system and now it is too wild. We have to wake up and take some action and if it is not taken now, our children will suffer in their coming lives. We all want to give our children a prosperous and secure future. Then Step forward and 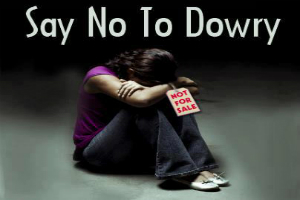