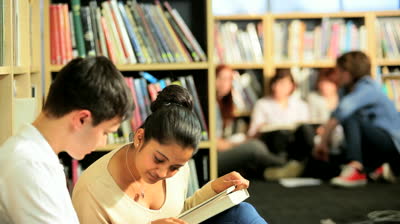 Vassar has taken steps to hold down spending on faculty and staff. Amherst and the University of Florida have raised new money specifically to spend on financial aid for low-income students. American University reallocated scholarships from well-off students to needy ones. Grinnell set a floor on the share of every freshman class – 15 percent – whose parents didn’t go to college.

Over the last decade, dozens of colleges have proclaimed that recruiting a more economically diverse student body was a top priority. Many of those colleges have not matched their words with actions. But some have.

These colleges have changed policies and made compromises elsewhere to recruit the kind of talented poor students who have traditionally excelled in high school but not gone to top colleges. A surprising number of such students never graduate from any college.

This education gap is a problem not only for the teenagers on the wrong end of it. It’s a problem for the American economy. The economic differences between college graduates and everyone else have reached record levels. Yet for many low-income children – even many who get A’s in high school and do well on the SAT – college remains out of reach. No wonder that upward mobility is less common in the United States than in many other rich countries.

To see which selective colleges are doing the most, and the least, to change the situation, The Upshot has analyzed data for every college with a four-year graduation rate of at least 75 percent. We combined data on enrollment and tuition costs to measure how hard each college is trying to attract and graduate poor and middle-class students. The result is our College Access Index.

Recruiting more high-achieving students from modest backgrounds, says Raynard Kington, the president of Grinnell, in central Iowa, “is the smart thing to do, because the country needs as much brainpower as we can get. And it’s the right thing to do, because it’s not fair that your ability to get a college education can be determined by your ability to buy an education.”

Vassar, the once all-female college in the Hudson River Valley, tops our index, with Grinnell placing second. About 23 percent of Vassar’s freshmen in recent years have received federal Pell grants (which mean they come from roughly the bottom 40 percent of the income distribution), up from 12 percent in 2007. After taking scholarships into account, the average annual cost of attending Vassar for lower-income students is about $6,000. Students cover much of that cost through campus jobs and loans.

The biggest theme to emerge from our analysis is that otherwise similar colleges often have very different levels of commitment to economic diversity. In this area, endowment is not destiny, and prestige is not destiny.

After Vassar, the top of the list includes some of the wealthiest colleges in the country, measured by endowment per student: Grinnell; Amherst College, in Massachusetts; Harvard; and Pomona, in Southern California. But other resource-rich colleges, including Swarthmore and the California Institute of Technology, have done substantially less.

Maybe the starkest example is Washington University in St. Louis, one of the hot colleges of recent years, having climbed to No. 14 in the U.S. News rankings last year. Only about 6 percent of the freshman class in recent years at Wash. U., as it’s known, have received Pell grants, even though it is one of the country’s 25 richest colleges on a per-student basis.

Colleges with many fewer resources, meanwhile, have become more diverse. Franklin and Marshall’s president, Dan Porterfield, has made it a priority to recruit top students regardless of income, and the share of low-income freshmen there has more than doubled. The numbers have also risen significantly for the University of North Carolina at Chapel Hill; Susquehanna, in Pennsylvania; and Wheaton, a Christian college outside of Chicago.

Economic diversity at top colleges started to receive more attention about a decade ago. With traditional, race-based affirmative action under attack, university administrators began to think about other ways to enroll diverse classes. At the same time, researchers were releasing data showing that although top colleges had become diverse in many ways – race, gender, religion, geography – many of them remained decidedly affluent.

In 2004, more freshmen at the most selective private universities had fathers who were doctors than had fathers who were hourly workers, teachers, clergy members, farmers and members of the military – combined. And it wasn’t simply because poor children struggled in school. Among low-income high-school seniors in 2008 who cracked the top 4 percent of students nationwide, based on grades and scores, only one of out every three attended a selective colleges, one large study found.

In the middle of last decade, Lawrence Summers, then the president of Harvard, called attention to the issue and made Harvard’s financial-aid policies much more generous. Given Harvard’s prominence, other colleges began to look at the situation as well.

Politics played a role, too. Sen. Charles Grassley, R-Iowa, held hearings in 2007, during which he asked whether affluent colleges were using their endowments to help students. A few years later, President Barack Obama and Congress expanded the Pell-grant program. That expansion means that the number of recipients should have risen even at colleges that did nothing to recruit more low-income students.

One of the early researchers to call attention to the lack of economic diversity was an economist named Catharine Bond Hill. In 2006, she left her post at Williams College to become president of Vassar. When she did, she said, she found a campus where people wanted a diverse student body and believed they had one – but didn’t quite.

“Where we’ve come to is a greater recognition that maybe we weren’t living up to what we thought we were doing,” Hill told me. Simply announcing that the college offered scholarships wasn’t enough to persuade students to apply. The college began working harder to recruit top students from all backgrounds and also increased its financial-aid budget, even when it meant saying no to other exciting ways to spend money.

Those other things – sleek buildings, new academic programs – also happen to be the things that can help colleges woo professors and climb the rankings. So why would a college expand its financial-aid budget, I asked Hill.

“We are being supported by the federal government and the state government as a nonprofit,” she said. “They’re doing that because of our nation’s commitment to equal opportunity and social mobility, and part of our obligation is living up to making that more of a reality in the United States.”

If the number of college graduates from low-income backgrounds is going to rise sharply, it’s true that most of them won’t come from selective colleges like Grinnell. But those colleges still have an outsize role.

For one thing, the low-income students who enroll there tend to graduate. For another, research has shown that the individual college attended by upper-middle-class students has little effect on their eventual earnings, after controlling for their SAT scores. But it does seem to matter for poor students. They get something extra from a top college.

That is why it’s worrisome that so many students are falling through the cracks – and that the student body at many elite campuses remains largely affluent. But it may not always be so. In the course of compiling this data and talking to officials at dozens at colleges, I couldn’t help noticing that most of them insisted they wanted to do better.

Wash. U. emphasized that its share of Pell recipients has risen to 8 percent among this fall’s freshmen – from 6 percent and 5 percent in the previous two years – and acknowledged it still had work to do. At Washington and Lee, in Shenandoah Valley of Virginia, only 3 percent of freshmen received Pell grants in 2007. Last fall, the share reached 10 percent, partly as a result of a new financial-aid program.

“I’d be the first concede we have room to improve,” Kenneth Ruscio, Washington and Lee’s president, said. “But we are on the right path.”

It’s possible, of course, that some of the colleges saying they value economic diversity – and meritocracy, regardless of a student’s background – won’t match their words to actions. It’s also possible that top colleges are in the early stages of changing.