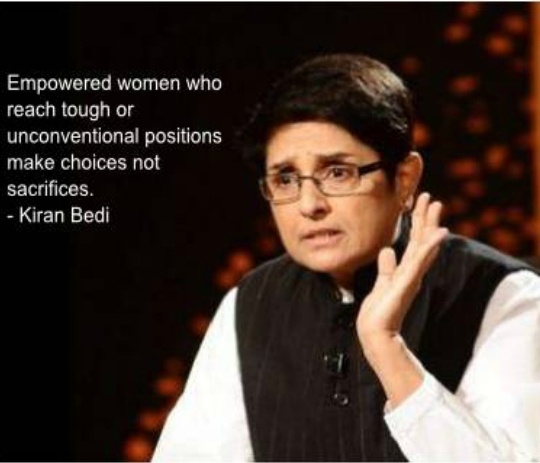 She held the post of Director General at the Bureau of Police Research and Development before she retired from the IPS in December 2007.

She has hosted and judged the popular TV serial ‘AAP KI KACHEHRI’.

She has also founded two NGOs in India.

She did her schooling from the Sacred Heart Convent School in Amritsar. She received her BA degree from Government College for Women, Amritsar in 1968. She then earned a Master’s degree in Political science from Punjab University, Chandigarh. In the year 1988, she obtained Bachelor of Laws from Faculty of Law, University of Delhi. She was awarded a PhD in Social Sciences from Department of Social Sciences, Indian Institute of Technology, Delhi in 1993.

Before being famous as an IPS officer, Kiran Bedi has won many awards and championships in Tennis. Her utmost coach was his father. Some of her important landmarks in Tennis are:

She started her career as a Lecturer in Political Science at Khalsa College for Women, Amritsar. In 1972, she joined the Indian Police Service.

She has served as:

She is referred to as ‘Crane Bedi’ for towing the Prime Minister Indira Gandhi’s car for a parking violation, during PM’s tour of United States at that time.

Kiran Bedi influenced decisions of the Indian Police Service, particularly in the areas of Narcotics Control, Traffic Management and VIP security. During her tenure as the Inspector General of Tihar Jail, Delhi (1993-1995), she instituted a number of reforms in the management of the prison and initiated a number of measures such as detoxification program, Art of Living Foundation Prison Courses, yoga and literacy programs.

She was last appointed as Director General of India’s Bureau of Police Research and Development.

In 2007, she voluntarily retired from the police force to undertake new challenges in life.

In 2014, Bedi expressed her desire to serve the country in the Modi lead government, by offering herself as CM candidate of BJP.

The goal of this website is to help people whose complaints are not accepted by the local police.

KIRAN BEDI as an Author

The fortnightly column written by Kiran Bedi in a daily, gets published as a book “What Went Wrong?”. The Book published by UBS Publishers Distributors Ltd., New Delhi was released by the grandson of Mahatma Gandhi in a function organized on 6th July 2001. This book has 36 stories of people who open their heart in order to save the next victim. The book is a bestseller and has had a reprint in the first week of its release.

Government@net was released on 5th June, 2001 by the Minister of Information & Technology, Government of India, Shri Pramod Mahajan. The book is the blueprint for ushering in a developed India. It provides a framework – political, sociological, technological and financial – to enable people, politicians, administrators and private enterprise to secure an unprecedented developmental impetus.

It’s Always Possible, a book authored by Kiran documents vividly Tihar and its transformation from criminality to humanity. The book is a result of the Jawaharlal Nehru Fellowship, awarded to her in the year 1994. It has been published by Sterling Publishers Pvt. Ltd. 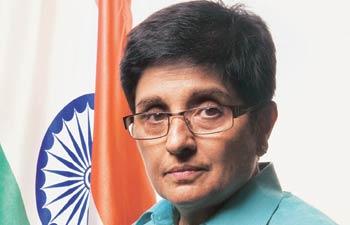